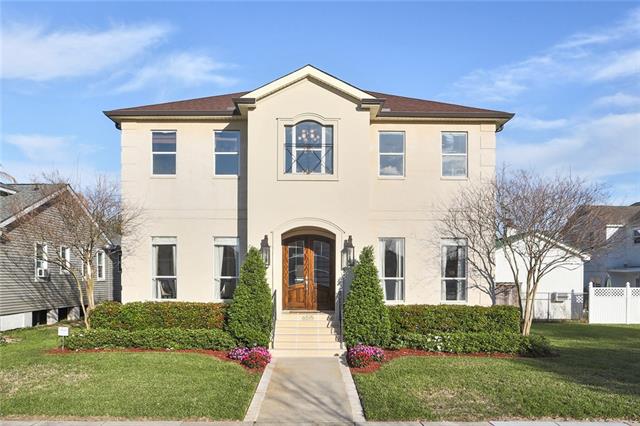 A quick view of the most influential metrics in Lakeview.

Lakeview was one of the first residential areas developed in the city. It is home to City Park, which is one of the oldest urban parks in the United States. Bungalows are the most common style of home in this historic and cozy neighborhood.In its early history the area was owned by Capuchin monks, the land was sold to Don Almonester y Roxas during the time of Spanish rule in the area. After Roxas, much of the land was purchased by Mike Milne. One of the first things built in the area was the New Basin Canal. The canal was built primarily by Irish immigrants and became the main route from Lake Ponchartrain to various other parts of the growing city.  The canal served as a boundary for the neighborhood. Many of the first residents and developers of the neighborhood were involved in yachting/boating and the coastal trade. In the 1800 and 1900s, the area remained largely undeveloped. However, the Navarre section of the neighborhood did begin development in the early 1900s. By the beginning of WWII, much of the area was in the midst of large-scale residential development. Hurricane Katrina, in 2005 left behind widespread destruction in the neighborhood and were once middle-class homes stood today there are many newly constructed luxury homes.

Public education in the neighborhood is provided by the New Orleans Public schools and the Recovery School District. The neighborhood is home to two large parks, New Basin Canal Park and City Park which feature walking paths, playground equipment, fishing lagoons and more. Commuting is common, and an average commute for residents of Lakeview is about 15-30 minutes, and most residents choose to drive privately owned vehicles. Homes for sale are primarily medium sized single family homes in various styles like bungalows, cottages, brick ranch and more. Other real estate options include apartments, townhomes and more. To begin your home search in Lakeview, call Mary Danna today at 504-517-6533.

View our selection of available properties in the Lakeview area.

Check out the latest demographic information available for Lakeview.

Learn more about schools near Lakeview complete with ratings and contact information.

The Best in Lakeview

Browse through the top rated businesses in the most popular categories Lakeview has to offer.